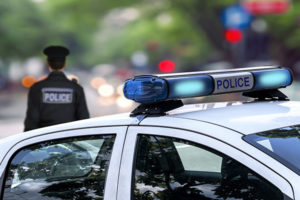 Police officers and firefighters are now eligible for Workers’ compensation benefits if they have been diagnosed with post-traumatic stress disorder after witnessing an unnerving event in the line of duty.

The new bill was promulgated as a result of the 2012 Sandy Hook Elementary School shooting and the impact it had upon First responders who witnessed twenty murdered children. Benefits are limited to one year and remain available for four years following the event’s occurrence.

Specific events covered include but are not limited to viewing a deceased minor, witnessing a death, witnessing an injury that leads to a person’s death, treating or carrying an injured person who dies shortly after and witnessing an incident that causes someone to lose a limb or be permanently disfigured. While many municipalities were worried over the cost of expanded benefits, a compromise was reached passing both the House and Senate.

If you are a first responder suffering from PTSD and need help to claim your Workers Compensation Benefits, contact our office today. Attorney Christopher Hite will discuss your options.

Hang out with Attorney Max L Rosenberg, Osi Rosenberg, and the Stratford Rotary as he calls out numbers at the Stratford Rotary Annual Virtual BINGO! Anyone anywhere can play and have chances to win $$ prizes in each game and 50/50 Raffle. EASY TO SIGN UP!EASY TO PLAY! The Stratford Rotary Bingo is live and for $25, purchase 4 Bingo Cards. Friday, February 3rd. Our goal is 40 virtual players. The funds raised will help us keep our commitment to educational projects, Lords Kitchen, food pantry, etc. Please ask everyone to join an easy, fun night. We are thrilled to have Probate Judge Max L. Rosenberg entertain us. ... See MoreSee Less