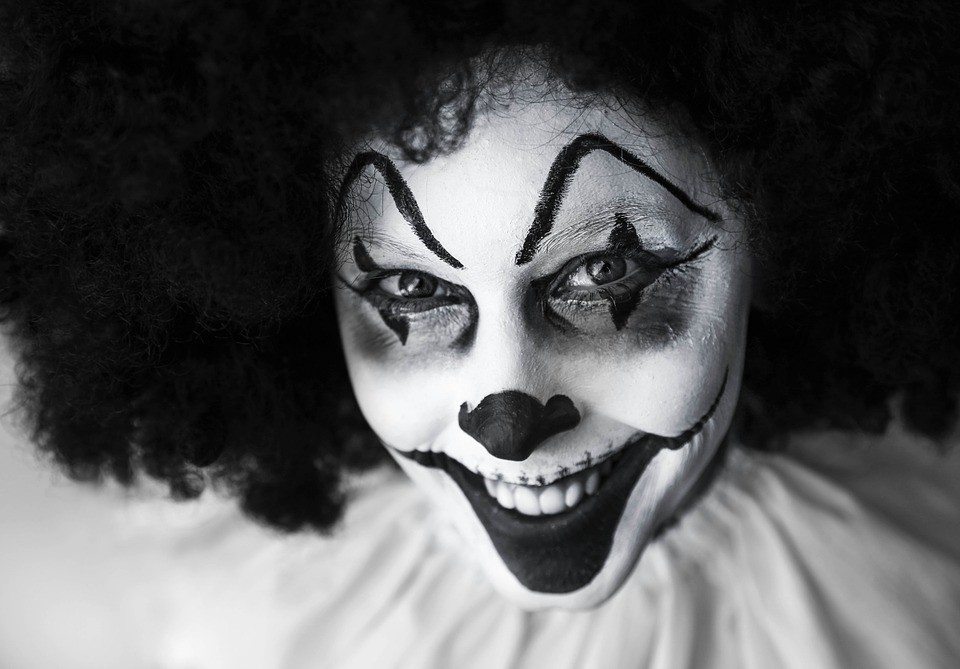 If you watch the news, read the newspaper or even use social media I’m sure you have read not one but plenty of articles of clowns being spotted, scaring children and some even threatening. Is this a prank? Are they copy-cat serial killers? or is this just advertisement for the fans of the new CLOWN movie. Which btw freakishly I’ve been dying to go see! If you are one of these clowns (Clown: /kloun/ noun- a comic entertainer, especially one in a circus, wearing a traditional costume and exaggerated makeup) have you thought about the consequences of this action? Well let’s just start by the dangerous side. People have that natural fright against clowns all from when they were kids. Who really likes clowns? You go to kid’s parties and there’s always at least one kid you have already scared to death just by your presence and “party clowns” are the nice clowns. Not the ones that are running lose in the forest with weapons, threatening or even just being a fool for comedy. The effects this had on parents, let’s just say if you are a clown being “funny” in front of my child, just know it won’t be pretty. Schools have upped their security and even have police during and after hours. Some schools have cancelled classes or been on complete lockdown. All this commotion, are you really out there to hurt people? Why lure kids with candy? Legal consequences are also what you need to be thinking about. Threatening, kidnapping and trespassing, assault, those are just a few to name. There are endless amounts of things you will get charged with if you get caught. When you are charged with any of the above you can be in a very serious situation. I would advise you to get a very good criminal defense attorney, possible even have him on speed dial. Fines, time in jail, restraining orders, and a very bad record are what your future have in store. Police and neighborhood watches will do anything to keep the people safe. Best advice would be pick a different Halloween costume. For your safety and safety of others.
-Stephanie

Congress is Back, What Does This Mean for Immigration? / Congreso está de vuelta, ¿Qué significa esto para Inmigración?Avoid IRS Scams

This situation brings up an interesting quandary. Is there a Workers Compensation Case and/or a PI case? While we don’t know the details, let's play a hypothetical game. Workers Compensation is a no-fault claim. That means if you are injured while on the job if it's your fault or not, you may have a claim. A Personal Injury claim may exist for the individual who was the victim in this case. This will depend on the outcome of the police investigation. Can you have both at the same time? Yes, you can. Our thoughts: If you are injured on the job or in an Accident you should seek legal advice from experienced attorneys. If you have been injured on the job call, Attorney Christopher Hite for an assessment of your Workers Compensation claim. 203.870.6700. or visit www.rwhattorneys.com patch.com/connecticut/milford/restaurant-employee-seriously-injured-fight-milford-police?utm_sour...This post is attorney advertising and is for information purposes only. This post is not intended and should not be interpreted as legal advice and does not constitute an attorney-client relationship. ... See MoreSee Less

Police said the overnight "disturbance" they recently investigated was an altercation between two co-workers at a pizza restaurant.
View on Facebook
· Share